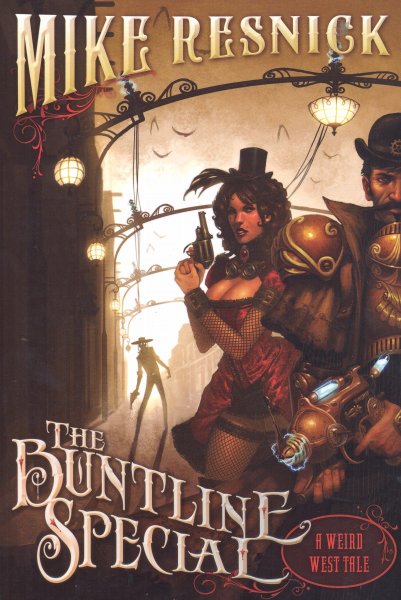 The United States of America ends at the Mississippi River. Beyond lies the Indian nations, where the magic of powerful Medicine Men has halted the advance of the Americans east of the river.

An American government desperate to expand its territory sends Thomas Alva Edison out West to the town of Tombstone, Arizona, on a mission to discover a scientific means of counteracting magic. Hired to protect this great genius, Wyatt Earp and his brothers.

But there are plenty who would like to see the Earps and Edison dead. Riding to their aid are old friends Doc Holliday and Bat Masterson. Against them stand the Apache wizard Geronimo and the Clanton gang. Battle lines are drawn, and the Clanton gang, which has its own reasons for wanting Edison dead, sends for Johnny Ringo, the one man who might be Doc Holliday´s equal in a gunfight. But what shows up instead is The Thing That Was Once Johnny Ringo, returned from the dead and come to Tombstone looking for a fight.

Welcome to a West like you´ve never seen before, where "Bat Masterson" hails from the ranks of the undead, where electric lights shine down on the streets of Tombsone, while horseless stagecoaches carry passengers to and fro, and where death is no obstacle to The Thing That Was Once Johnny Ringo. Think you know the story of the O.K. Corral? Think again, as five-time Higo-winner Mike Resnick takes on his first steampunk western tale, and the West will never be the same.